I just finished placing the order for the first shipment of Von Steuben T&C Patches. They will bear the logo of the company as shown below:

Here's a brief explanation of the symbolism I chose.

The oak leaves in the center are a symbol of German "Jäger" troops, historically one of the first formations of light infantry dating back to the Napoleonic era. The modern German Bundeswehr still has Jäger troops to this day. I design the training methods of Von Steuben T&C to model the tactics of Jäger troops fused with modern American squad doctrine to train patriots to become effective light infantry on the modern battlefield.

The bayonet stands for the warrior mindset. As the original Baron Von Steuben knew, the bayonet was and is a potent psychological weapon. While bayonet charges don't often happen anymore, there is no better way to nurture raw aggression into troops than to train to use the bayonet. The spirit of the bayonet, despite all the naysayers, is an essential part of the mindset of a warrior. Aggressive troops are bold troops, and bold troops win battles.

The scroll on the bottom reads "Schweiß spart blut," German for "Sweat saves blood." We must train hard in order to have success on the battlefield, and that is the whole reason Von Steuben T&C exists. Take every advantage that you have to train before the battle, for you never know when it may come. Sweat now so you don't bleed later.

This patch is available to all VS T&C course alumni for $5. It is a simple cloth patch 4"x3" in size. I don't yet have velcro-backed patches, I'm waiting to see how good the quality of these are before I order more. If you're interested in a patch, email me at [email protected]
Semper Paratus, Semper Discens, Semper Fidelis,

That was the initial design, but the Edelweiß is specifically indicative of "Gebirgsjäger," or "Mountain Jägers." I chose the oak leaves because it is the more general "Jäger" symbol.
Semper Paratus, Semper Discens, Semper Fidelis,

My grandfather had the Edelweis when he did his time in the 40s.
Top

Patches are in! They look great, and I now have the ability to put velcro backing on them. 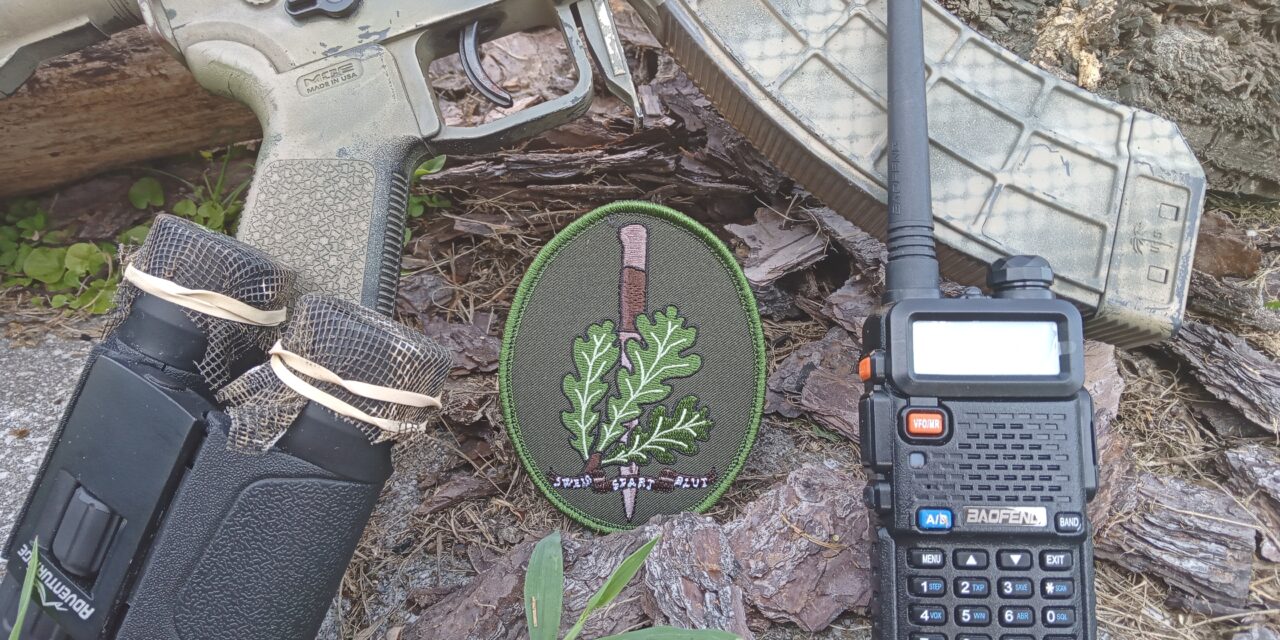 I've decided to make these patches available to all. I'm working on some other patch designs that will be "earned" by my students in future courses (particularly Jäger Course graduates). The price for these patches is $5 plain, $6 with velcro. Again, to order one, send me an email at [email protected].
Semper Paratus, Semper Discens, Semper Fidelis,

Oh shit son! You know you gotta hook it up on this end.

We are judged not by our intentions, but our results.

I got you fam.

Pretty cool patch, gotta earn it before I can rock it, keep one on hold I shall make it eventually.
Top

I got you fam.

Trade you an IR Patch
In Orbe Terrum Non Visi

We are judged not by our intentions, but our results.